Gadebridge Park is on the northern edges of Hemel Hempstead and is Dacorum's principal park. The park is divided into two main areas, separated by the Leighton Buzzard Road, with a total area of about 32 hectares. 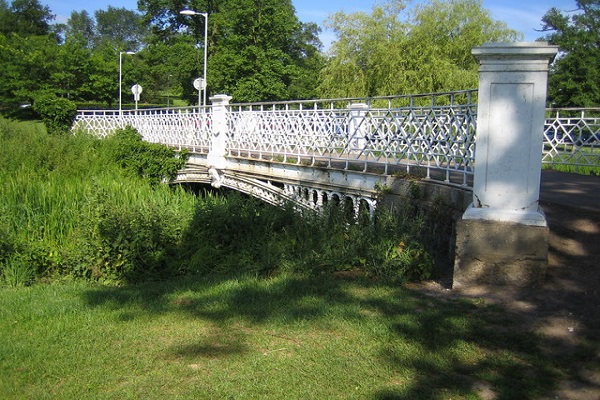 Of this, 20 hectares are to the west of the Leighton Buzzard Road, which includes a listed excavated and re-interred Roman archaeological site, a play area and the Field of Hope daffodil display. This section of the park slopes, with the gradient falling to the Leighton Buzzard Road, which runs along the bottom of the Gade Valley. The area is used for occasional events, such as cross-country competitions and fun runs.

To the east of the Leighton Buzzard Road lies the main section of the park, which is extensively used for recreation. Facilities include two bowling greens (one club and one public), a crazy golf course, petanque, croquet, giant chess and draughts, the King George V play area and a skate park. Two car parks within the site serve both the park and town centre and there are two blocks of public toilets. Ice cream, hot and cold drinks and snacks are available in the car parks. Usually there are about 10 special events held in the park each year, in addition to visits by the fun fair.

The Gade River follows the course of a shallow millstream through Gadebridge Park. The original river course in the valley bottom was filled in many years ago and the river was diverted to its current position. The Gadebridge Park section of the river was re-profiled in a joint project between Dacorum Borough Council and the Environment Agency in 1997. Its purpose was to create a low flow channel along the centre of the river, allowing vegetation to establish on either side, to broaden habitat diversity and encourage more species. Pools were left below each weir to allow public access to the waters edge. These conditions are ideal for fish with plenty of vegetation for cover and loose gravel for spawning.

~Attractions and Places to Visit in Hemel Hempstead~