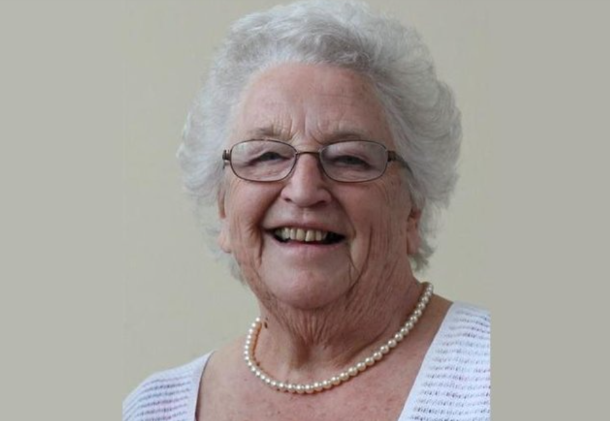 Tribute has been paid to an ‘inspirational’ Hemel Hempstead woman who served the community for many years.

Jean became a warden of sheltered-housing for the elderly, managing Evelyn Sharp House, the largest complex of its kind in Dacorum, for 17 years.

Dame Evelyn Sharp, who had played a leading Government role in initiating new types of housing for older people, came to Hemel Hempstead in June 1974 to open the scheme bearing her name.

Her husband Len Roberts said: “Jean was a caring, selfless and compassionate person, who created a community in which residents could enjoy many and varied social activities, including entertainments provided weekly by visiting individuals and groups, and even an old-time dance night for which some bought ballroom dresses!

“Special events were celebrated, including the Queen’s Jubilee. Much sought after, and highly-regarded, it gained an outstanding reputation.”

“A lot of her original tenants have themselves passed away but she was always meeting up in town with their children and a lot of people will have known her and were very fond of her, they would always take the time to speak to her.

“There will be a lot of fond memories of her, she was kind and caring and will be missed by many people.

“She built a real community right from the start at Evelyn Sharp House, she made it a very happy place.

“At the time, as wardens we lived on the premises, there was a separate bit called the Warden’s House. All our sons actually got married when they were living at the warden’s house.”

Jean, a lifelong member of The Salvation Army, settled in as a Hemel Hempstead women from Leeds with her husband, local artist Len, and their four sons.

The couple were full-time Salvation Army officers for 20 years and were in charge of centres in various parts of the country.

Jean had a lovely voice and sang in the local songsters for many years, when they made a great contribution to the army’s annual Mayor’s Charity Carol Concert in the Pavilion.

“It was our privilege to have known her, and she will be greatly missed.”

Her public funeral service is to be held at The Salvation Army, Waterhouse Street, at 1pm on Friday, October 29.

It is to be conducted by Commissioner Anthony Cotterill, leader throughout the UK and Ireland, who with his wife Gill were for seven years in charge at Hemel Hempstead, during which time they gave a significant lead to provision for homeless people.

For more local news and events, as well as comprehensive range of information about the Hemel Hempstead town and local area please visit our webiste: Whatsoninhemelhempstead.com