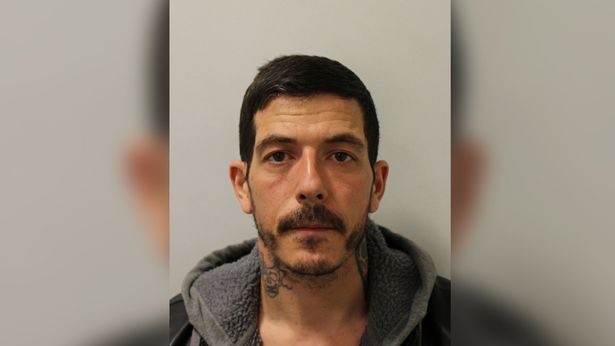 With Christmas now well and truly over, many of us will have enjoyed a festive holiday period, surrounded by good food and even better company. But as we look towards a new year, some Herts residents spent their Christmases in a far different environment.

Below is a list of the criminals who have been jailed in December 2022. There were just three criminals who received jail sentences for their crimes this month, far fewer than in other months. There are a number of people who were found guilty in December but will be sentenced next year.

Here are the stories of all the criminals who were jailed in December:

A ‘dangerous’ man from Enfield who was dubbed ‘a risk to the public’ brutally attacked another man and left him for dead in a bid to rob him. Andrew Marangos, 43, of Broadlands Avenue, Enfield, was found guilty of attempted murder and two counts of possession of an offensive weapon in a public place at Snaresbrook Crown Court on Tuesday, December 5.

He was sentenced to 28 years imprisonment. He must serve at least two-thirds of his sentence and cannot be released without permission of the parole board.

A man was jailed at Huntingdon Crown Court on Thursday, December 8, after being found in possession of a viable firearm in Hemel Hempstead. Israel Campbell, aged 35, was sentenced to six years imprisonment having pleaded guilty to possessing a firearm with intent to endanger life and possessing ammunition without a firearm certificate at an earlier hearing on Wednesday, November 30.

The incident took place just before 10am on Friday September 30, when officers from the Bedfordshire, Cambridgeshire and Hertfordshire Road Policing Unit identified a BMW with cloned number plates travelling through Hemel Hempstead.

Keaton Ancona-Francis, aged 31, was sentenced to 32 months imprisonment having pleaded guilty to causing death by dangerous driving at an earlier hearing on Monday 17 October. He was jailed at St Alban’s Crown Court on Friday, December 9, in connection with a fatal collision on the A414 near Eastwick

The collision occurred during the early evening of Monday, January 18 2021 when Ancona-Francis was driving his black BMW 330D from his then home in Ware, towards Harlow. Ancona-Francis subsequently lost control, travelling onto the opposite side of the road and colliding with a barrier, before striking a Vauxhall Corsa which was travelling towards him.

The Corsa caught fire and despite desperate attempts by other road users to save him, the driver, 20-year-old Callum Dix, sadly passed away at the scene. It was estimated that the BMW was travelling at speeds of between 95mph and 116mph at the time it lost control.

Ancona-Francis, who sustained serious injuries during the incident, was interviewed in late February but stated he had no recollection of what happened. Alongside the jail sentence, he was disqualified from driving for 52 months and must take an extended re-test.