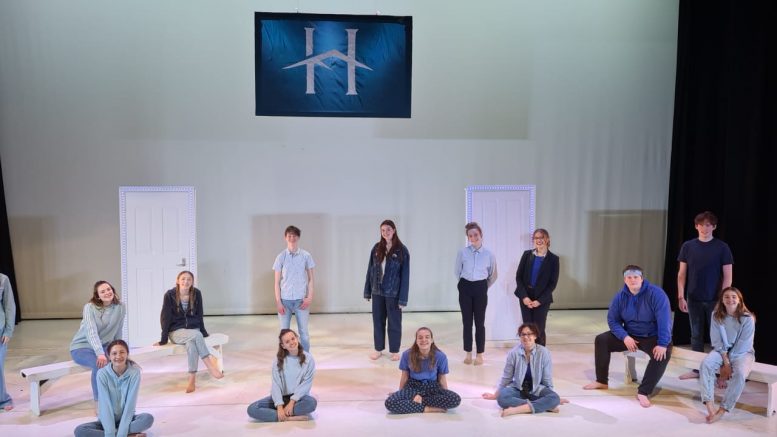 Local Hemel Hempstead based youth theatre company Brilliant Theatre Arts are celebrating being one of just ten groups out of over one hundred and fifty, selected to have their production professionally filmed as part of the Connections Festival 2021, run by the National Theatre based on the Southbank, London.

In a year where theatre and the arts have been so heavily affected by the pandemic, Brilliant Theatre Arts, who run weekly classes, summer workshops and one-off projects for 8–21-year-olds in the local area, were thrilled to be selected for such a prestigious project.

Every year the National Theatre Connections project gives young creatives access to ten new plays commissioned for the festival, bringing together leading playwrights with the theatre-makers of tomorrow. All participating groups perform their pieces at Regional Partner Festivals, before being whittled down to just 10 companies, who are chosen to represent one of each of the ten plays at the National Theatre Connections festival.

The company, made up of young performers aged 13 – 19 from both Hemel Hempstead, St Albans and surrounding areas, and directed by Carly Halse, chose the hilarious piece The Marxist in Heaven by Hattie Naylor for their production. However, as 2021 was a year like no other they faced all sorts of hurdles, including not being able to physically rehearse together for the first four months of 2021.

Covid restrictions meant that from January – April the cast of 15 young people rehearsed online only, before finally being able to film the piece at The Sandpit Theatre when the Covid guidelines changed – with only one day to film! They went on to showcase this filmed piece at their Regional Partner Festival, the Royal & Derngate in Northampton. The cast and creative team involved in the project are all delighted at the news they have been selected to represent the play The Marxist in Heaven at the festival.

Katie Sutton, one of the cast members said “Being a part of National Theatre Connections has been an out-of-this-world kind of opportunity. Not only has it been a rewarding, engaging and educational experience, but it’s allowed me to meet, work, and form friendships with the loveliest and most talented of people. Just being able to rehearse and perform in the strange circumstances of the last year has been incredible,” she added.

Carly Halse, Director and Head of Acting for Brilliant Theatre Arts said, “This is our very first-time taking part in National Theatre Connections and it has been transformative for our young performers. Brilliant train our youth theatre participants through performance, developing their skills as they rehearse for productions and performance opportunities, so this was a wonderful project for them. Being selected to take part in the festival is an honour. It is a hilarious script that the company had a wonderful time rehearsing – even online!”

Alice King-Farlow, Director of Learning at the National Theatre said, “We have been so inspired this year by the resilience and creativity of students and youth theatres participating in Connections and the brilliant performances – whether digital or on a stage – by thousands of young people taking place right across the UK are a testament to this. We are excited to showcase these ten productions to demonstrate the collective innovation and imagination of this year’s participants, and hope to inspire more young people in the art of theatre-making”.

To find out more about Brilliant Theatre, including their weekly youth theatre classes based at Kings Langley School, Hemel Hempstead, and how to take part in their upcoming outdoor Musical and Shakespeare themed Summer Workshops for 8-21 year olds, taking place under a Big Top Circus Tent at Adeyfield School, please visit https://www.brillianttheatrearts.co.uk/