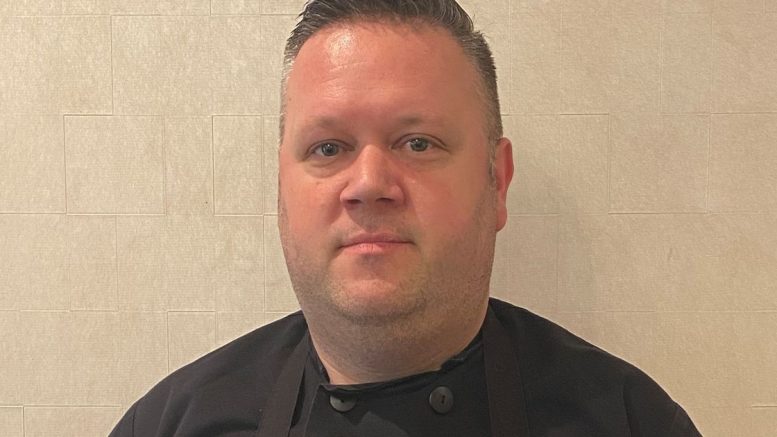 At the regional awards ceremony, the judges revealed they were impressed by Tony’s ability to understand the needs of dementia, residential, nursing and respite residents living at the 95-suite care home. In a career spanning more than 26 years, Tony’s path has taken him from cooking for celebrities at Elstree Studios and serving up winning dishes for the England Men’s Football Team.

However, this recent accolade highlights his ability to meet specific dietary requirements of Elton House’s residents. Head chef Tony’s food is served to Elton House residents in Bushey, as he leads a team of four chefs and four kitchen assistants and 80 per cent of whom adhere to a strict faith-based diet.

Tony and his team also serve standard, seasonal menus to other residents and ensure each has their specific dietary needs and wants fully met to reflect a whole-home approach. Paying tribute to Tony at the ceremony, the award judges said: “The knowledge Tony had of so many individuals he supports was exceptional – the stories Tony was able to tell about the people supported in his home are truly what being person centred is all about.

“Tony loves to teach – loves to grow new team members in the kitchen through the NVQ programmes, and takes pride in being able to develop himself and his team – Well done, Tony!”

Having secured the regional victory, Tony now qualifies for the Great British Care Award’s National Finals taking place on March 17, 2023, in Birmingham. Reflecting on his award win, Tony said: “I am thrilled to win this award, and would like to thank everybody who has supported my team.

“It is their wholehearted support and commitment that allows us to serve high-quality food that supports the care needs and desires of our residents. There is some outstanding work across the hospitality and care teams, and I am pleased this has been recognised.”

Elton House’s chefs closely work with the home’s in-house hospitality and care teams, where residents are able to make use of the home’s multiple dining areas, such as its bistro and cafe to create a full dining experience. The teams also work closely to hold monthly forums for residents to offer feedback on the home’s food offerings.

The collaboration also sees private dining areas opened to residents with complex care needs to ensure they and all residents are able to dine with dignity. Orla Green, Head of Hospitality at Signature at Elton House, said: “Tony’s aim is always to provide the very best culinary experience, and he leads his team by example.

“Resident experience is always forefront in Tony’s mind; he works closely with the residents at monthly forums and involves his team at every meeting to ensure his menus are resident lead, the ultimate aim being a great dining experience for all.”